This was a group project, done in pairs. We utilized Gulp, Sass and GitHub while developing this site together. I coded most of the HTML on the site as well as the CSS, and the majority of the site was made off of my mock-ups. My partner designed and coded the front page, and implemented the JavaScript slider, as well as the code for the form. I provided some tweaks in positioning and functionality, This was a great project to work on, and it's a design I plan on using for a personal project of mine I have on the side. 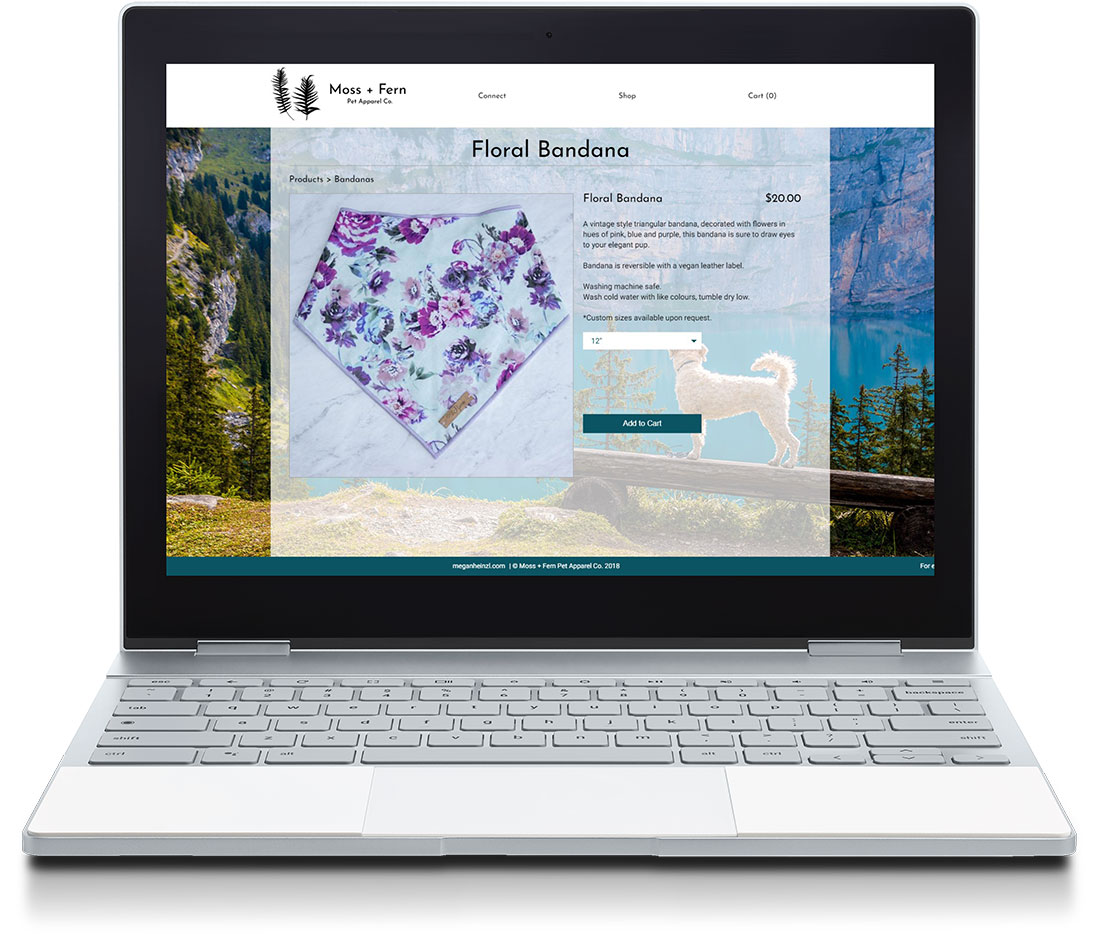 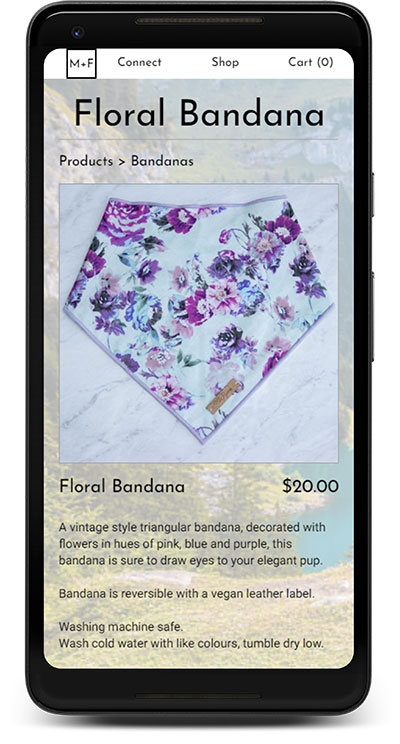 While I was pleased with the mock-ups of the site, there was a few features I could not fully implement with my knowledge at that point in the program. I would have liked to add a navigation on the shop page, as well as more items in different categories had I had more knowledge in JavaScript. I would also make the form functional, as this project was done before we'd began to learn PHP. If I were to remake this site, the design would be almost the same, but I would likely use WordPress and a platform such as Shopify or WooCommerce to implement it.

Below are the mockups and style guides that were created by me prior to coding the site.